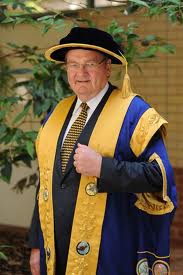 A prominent Australian legal figure says the dismissal of an appeal against Fiji’s political parties decree was legally wrong.

The appeal by Fiji’s political parties against the decree was thrown out by Justice Anjala Wati on the basis such decrees cannot be challenged in the courts.

John Dowd QC, president of the Australian branch of the International Commission of Jurists, has told Radio Australia’sPacific Beat the courts in Fiji are independent and should not allow their role to be undermined by the coup-installed military government.

“The judge should have found that the decree was invalid and that she could therefore deal with the matter,” he said.

“Jurisdiction remains independent and any independent judge, in my view, could not have come to this decision.”

Fiji’s Administration of Justice Decree states, among other provisions, that no court has jurisdiction to hear any challenges or applications for judicial review of decrees made by the President.

Mr Dowd says Fiji’s “undemocratic regime” cannot displace Fiji’s constitution and has purported to exercise a power they don’t have.

“This law, even if you accept that the regime is entitled to pass laws, cannot remove the judiciary’s power to deal with matters independently,” he said.

Mr Dowd says Fiji’s claim other countries around the world behave in a similar manner is “absolute nonsense”.

“Normal countries don’t do this,” he said. “In countries right throughout the world we have the judiciary independent of the government.”

“Once the executive takes over the judicial role, there’s no administration of justice at all.”

Mr Dowd says Fiji’s judges need to look very closely at how independent they can be in their jobs as judges.

“If they’re not, then they have to look at whether they should be judges at all,” he said.

A simple fact is, that if the Court had approved this appeal, the way would then be open for the decree that deprived Fiji Pensioners of their civil rights and the right to obtain redress through the courts for the loss of their pensions, to be overturned.

The question must be asked, “Who is really guilty of scandalizing the judiciary” ?