Justice is a concept of moral rightness based ethics, rationality, law, natural law, religion, equity and fairness, as well as the administration of the law, taking into account the inalienable and inborn rights of all human beings and citizens, the right of all people and individuals to equal protection before the law of their civil rights, without discrimination on the basis of race, gender, sexual orientation, gender identity, national origin, color,ethnicity, religion, disability, age, wealth, or other characteristics, and is further regarded as being inclusive of social justice

Take a few minutes to watch this, you will not regret it. 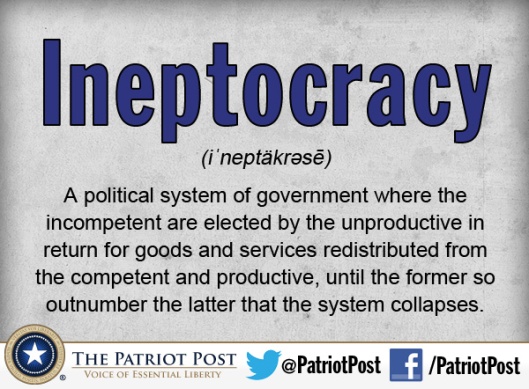 Professor Wadan Narsey asks critical questions about the transparency of the 2014 Fiji Budget and the wisdom of selling off public assets that are money makers.

With a simple trick, the humble spud can be made into a battery, so could potato powered homes catch on?

Mashed, boiled, baked or fried? You probably have a preference for your potatoes. Haim Rabinowitch, however, likes his spuds “hacked”.

For the past few years, researcher Rabinowitch and colleagues have been pushing the idea of “potato power” to deliver energy to people cut off from electricity grids. Hook up a spud to a couple of cheap metal plates, wires and LED bulbs, they argue, and it could provide lighting to remote towns and villages around the world.

They’ve also discovered a simple but ingenious trick to make potatoes particularly good at producing energy. “A single potato can power enough LED lamps for a room for 40 days,” claims Rabinowitch, who is based at the Hebrew University of Jerusalem.

The idea may seem absurd, yet it is rooted in sound science. Still, Rabinowitch and his team have discovered that actually launching potato power in the real world is much more complex than it first appears.

While Rabinowitch and team have found a way to make potatoes produce more power than usual, the basic principles are taught in high school science classes, to demonstrate how batteries work. END_OF_DOCUMENT_TOKEN_TO_BE_REPLACED

CAN HISTORY REPEAT ITSELF ?

Conclusions?
Executive Summary: Air Canada – a Crown Corporation owned by taxpayers – purchased 34 Airbuses for $1.8 billion from Airbus Industries. Allegations that the Prime Minister and Cabinet members received bribes for choosing Airbus over other carriers. Submissions made to the House of Commons Ethics Committee initiated on November 30, 2007 Mulroney appears before the committee once and then withdraws citing investigation not necessary Oliphant Comission Mandate Resources Division of Findings Conclusions and Reception at Public Themes Questions Specifically prevented the commissioner from “expressing any conclusion or recommendation regarding the civil or criminal liability of any person or organization.” “Certain Allegations Respecting Business and Financial Dealings Between Karlheinz Schreiber and the R.H Brian Mulroney” Conducted over a period of two years Cost of $16 million dollars

1. Factual Inquiry
Mulroney entered into agreement while R.H Mulroney was an MP but not as PM
2. Policy Findings and Recommendations
Business and financial dealings were inappropriate considering R.H Mulroney was an MP and failure to disclose dealings and payments Due to mandate set out by PM Harper, Oliphant was “careful not to use language that would even hint at such a finding” that R.H Mulroney should be liable in Criminal or Civil Law Mixed public reception – corruption and inappropriate behaviour exposed but without punishment More tax payer money spent without substantive result Accountability Appearance of Justice Quotes from the Report “Why, then, was there a need for such secrecy? The answer is that Mr. Mulroney wanted to conceal the fact that he had received money from Mr. Schreiber”

“The reason Mr. Schreiber made the payments in cash and Mr. Mulroney accepted them in cash was that both wanted to conceal the fact that the transactions had occurred between them” 17 Questions Posed 150,000 documents submitted. 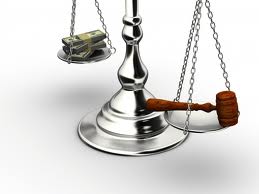 Give industrial hemp a chance, it is a 9 month crop that does not need fertilizers or pesticides, actually enriches the soil and can be used for thousands of products including building houses.

Fiji Airways new Managing Director and CEO Stefan Pichler recently stated to the media that Fiji Airways had lost millions of dollars due to failing to keep to scheduled flights in the early to mid part of 2013 AFTER TAKING DELIVERY OF AIRBUS AIRCRAFT.

He further stated that Air Pacific had spent millions of dollars on consultants during the past three years. ( Friends and associates of Dave Pflieger?)

Coincidentally that was the period that the Attorney General sang David Pfliegers praises and danced to whatever tune he whistled.

Was the Attorney General Pfooled by David PFlieger?, it is a safe bet he was, will he ever admit it?, NEVER.

Did Fiji NEED to BUY the Airbus aircraft?, of course not, there are plenty available for leasing.

Did we need replacement aircraft?, YES, but it would have made much more economic sense to use Boeing Aircraft since all our pilots are familiar with them.

The fact that seems to have been ignored is that Fiji Airways / Air Pacific belongs to the People of Fiji and Qantas, it is not a toy for the Attorney General to play with and he should be accountable to the people and the courts of Fiji for his incompetence..
Oh dear, we forgot, he has given himself total immunity..