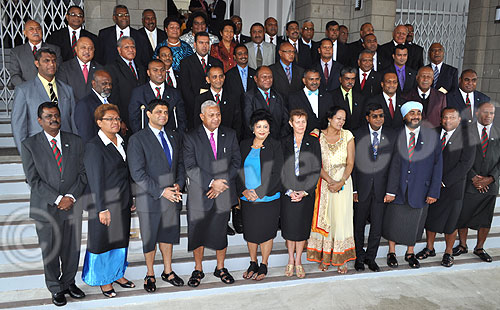 At yesterday’s parliamentary sitting, the Leader of the National Federation Party (Professor Biman Prasad) moved a motion that any fair-minded member of the public would have thought was completely reasonable and should have been supported by both sides of the house, just as several government bills were, on the previous day.

The motion read: “That Parliament agrees that the Minister for Communication through Cabinet immediately review the decision of exclusivity in terms of advertising in one newspaper in conformity to Sections 17, 25, 26 & 32 of the Constitution”.

The motion essentially asked the Government to treat The Fiji Times on the same level playing field as it did the Fiji Sun by placing its advertisements equally in both newspapers.

As a rough guess, this government bias annually directs more than $5 million to the Fiji Sun, even taking into account the few advertisements placed with the Fiji Times in the last few weeks.

The facts about the newspaper media are that: the Fiji Times and the Fiji Sun are both privately owned; the Fiji Times has as high a circulation if not more, than the Fiji Sun; most readers, and especially the poorer people, cannot and do not buy both newspapers.

Do the right thing Frank, stop the bullying and manipulations of your Power Mad Minister. You do not need the problems he generates… Show him the door…

Lest we forget all the good people who made the greatest sacrifice.

Can this man tell the truth ?

What do you think ?
Click on the following link for details 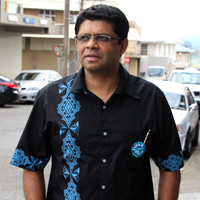 Corruption and Cronyism together with abuse of power weakens the structure of any nation, Fiji is no different.

A new broom is needed to administer FICAC, a new stiff one. We should be following China’s example..

The Leader of the Opposition, Ro Teimumu Kepa said her nomination for Biman Prasad to chair the Public Accounts Committee will not be changed although the government side is raising concerns about his public comments.

Ro Teimumu has called on the Secretary General, Viniana Namosimalua to convene the Public Accounts Committee as soon as possible as many Auditor General’s Reports have to be scrutinised.

The meeting did not go ahead this morning as scheduled as the government side of the Public Accounts Committee raised concerns about Biman Prasad’s comments on the Auditor General’s Reports before the committee sittings.

Ro Teimumu said their stand remains that Prasad has been appointed by the Speaker of Parliament, Doctor Jiko Luveni and the meeting should go ahead.

A 32-year-old driver who was involved in an accident near Navo bridge in Nadi last night is still in police custody.

A 75-year-old lost his life following the accident.

It is alleged that the man crossed the road when he was hit by a vehicle.

The victim was thrown about 20 meters away and died on the spot.

A post mortem is expected to be conducted tomorrow.

Consultancy contract to Aliz Pacific should be investigated – Auditor General