2006… A younger, fitter and still in control Frank Bainimarama

As Fiji prepares for its first elections in eight years, the new head of the all-powerful armed forces has admitted that citizens have been beaten and tortured by the military regime, claiming it was necessary to stave off civil disorder.

“I wouldn’t deny that these things happened,” said Brigadier-General Mosese Tikoitoga, hand-picked successor of Frank Bainimarama, who has stepped down from the military to contest the elections. “But a lot of these people were actually trying to instigate violence by creating anti-government movements or militant groups.

“They were talking on the radio and so on … If you let them continue to have a voice, you create a potentially dangerous environment. So it was the lesser of two devils.”

In his first interview with an overseas media organisation since taking over as commander in March, General Tikoitoga also vowed that the military would respect the result of the September 17 election. “We will not have another coup, as such – that’s quite definite,” he said.

However, the army would not tolerate an elected government rewriting the new constitution, he said. The constitution – drafted by the regime of self-appointed Prime Minister Mr Bainimarama, and Fiji’s fourth such document in 34 years – grants immunity from prosecution to everyone involved in the December 2006 coup.

One can understand Brigadier-General Mosese Tikoitoga support for the constitution that gives immunity from prosecution for those that took part in the 2006 coup, but does he also support the corruption and lack of transparency in government that has been in effect for the past 5 years since the military council had little or no say in this administrations policies?

Brigadier-General Mosese Tikoitoga is an intelligent man, he is fully aware as many others are, who is playing the tune that our esteemed leader is dancing to. Will he allow  this to continue after September ??? Can Fiji as a nation afford it to continue ?

Prime Minister Voreqe Bainimarama said during the implementation of the FNPF Pension Reform that the step had to be taken to ensure that the Fund is sustainable in the future.

There were other ways, and these were put forward to Prime Minister Voreqe Bainimarama but he choose to ignore them, and choose to breach legal and binding contracts that a few pensioners had, further to ensure that these pensioners could not seek recourse through a court of law his government introduced a decree preventing pensioners taking their case to court and thereby depriving them of their basic civil rights.

Add to this the simple truth that in his SEVEN years of administration he and his government has done NOTHING to improve the pension situation for future Fiji pensioners… Except of course himself, ensuring that he will receive a Rear Admirals pension, plus any other perks he will be paid by the taxpayers as a former Prime Minister.

EVERY SENIOR CITIZEN OF FIJI, THEIR CHILDREN AND THEIR GRAND CHILDREN SHOULD REMEMBER THIS WHEN THEY VOTE

BE WELL INFORMED BEFORE YOU VOTE, CHECK OUT THE FOLLOWING LINKED TOPICS:

“Accountability of Fiji Roads Authority and PS Finance to tax-payers” Letter to the Editor 16 June 2014. 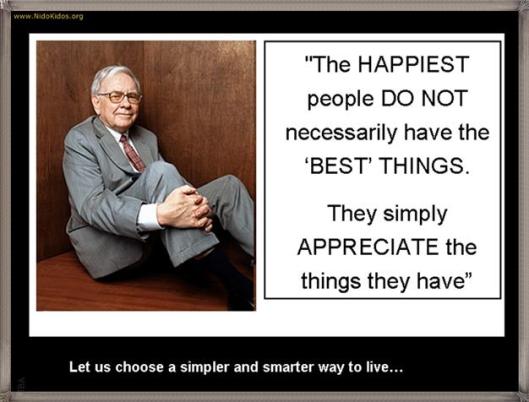 THINK CAREFULLY BEFORE YOU VOTE

In recent years the Bainimarama Government has been proclaiming proudly that by lowering the voting age to 18 they are strongly encouraging young people to be involved in the politics and governance of the country.

A necessary corollary of that must be that young people (including students) not just vote but be involved with political parties, policy issues and campaigning with voters to get their views across.

Indeed, the world over, students are at the forefront of political activity, and often radical activities, such as opposing wars, opposing racism, protecting the environment, and even being the youth arms of political parties.

The Bainimarama Government might even be hoping that the frequently and selectively maligned “old politicians” will be replaced by fresh young politicians, with fresh ideas.

The media has reported (FT 28 May 2014) that a student’s scholarship at USP has been terminated by the Tertiary Scholarship and Loans Board because he had been allegedly associating himself “in political agendas” (according to the letter from Secretary to the TSLB, Ms Tofinga).

The letter from TSLB made a number of other puzzling allegations implicating USP and the Ministry of iTaukei Affairs:

3.         “the Ministry of iTaukei Affairs has zero tolerance for behaviour contravening those aspects”  and the “MTA reserves the right to terminate your scholarship if a report is received from your institute” (i.e. presumably from USP).

The University of the South Pacific has been built since it inception in 1968, by thousands of academic and administrative staff.

A few of us who have spent our entire working lives at USP, have an abiding interest in USP’s continued development, and a larger social responsibility to raise issues of concern to the regional member governments and the taxpayers, especially when academic excellence is under threat, despite the many successful and prominent signings of agreements.

It is a matter of serious concern when USP management, for its own unknown motives, refuses to do its utmost to retain extremely valuable and experienced regional academics and administrative staff, especially when there is high turnover of expatriate staff.  On the contrary, the University management and senior members of the governing body appear to be doing all they can to encourage their departure from USP.

Recently, one of the more dynamic academics, Professor Biman Prasad resigned from USP, unsuccessful in his application to the position of Deputy President (Deputy Vice Chancellor).

He had also previously resigned as Dean of the Faculty of Business and Economics, in total frustration with the lack of cooperation from USP management.   He had been the only Dean (out of 3) at the professorial level, and the most dynamic Dean at that.  He was  a committed lecturer and a good professional colleague to senior and junior staff alike, with the ability to galvanize them in collective academic work.

Click on the following link for the full letter: