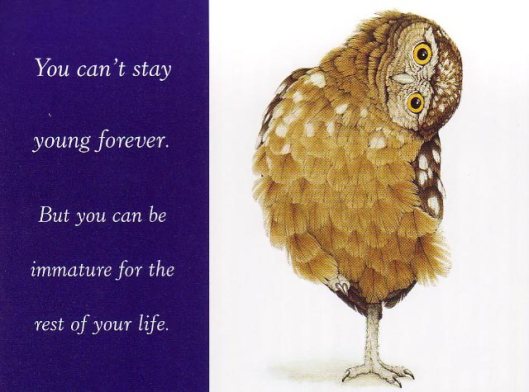 Extract: Look into the eyes of any child in Fiji today and ask yourself – am i doing  enough to ensure that this child will grow up in a Fiji that is stable, secure and  prosperous? A Fiji that has no more coups to deter investment? A Fiji that devotes its national budget to better schools, hospitals and other public  services and utilities over military spending? I am proud to say ladies and gentlemen that if the National Federation Party were to ask itself those questions – it can hold its head up high and say that it has done very much to ensuring a stable, secure and prosperous Fiji by  consistently opposing all military coups in this country. 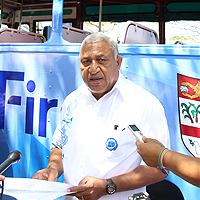 Frank’s proposed political party is Fiji First Party.
The proposed party name was announced today by Frank as he also unveiled a blue bus at My Suva Park.
Frank said he will take leave from work on Thursday and begin his journey on the bus, to meet everyday Fijians and will need signatures to register the proposed Fiji First.
He said this is a special moment in the history of Fiji, to make a significant announcement as the country gets closer to the first ever truly democratic elections.
Frank said on the 17th of September, the moment where Fijians will come to choose whether we will forge ahead into the future or to go back to the past.
He said this is Fiji’s only political movement that will put every Fijian first.
He said he needs all Fijians to come with him on this journey.
Present today at the launch was the Attorney General, Aiyaz Sayed-Khaiyum, the Bainimarama family and supporters.
THE REAL WORRY IS “WHO EXACTLY WILL BE DRIVING THE BUS FOR THE NEXT 4 YEARS.
THINK OF THIS WHEN YOU VOTE 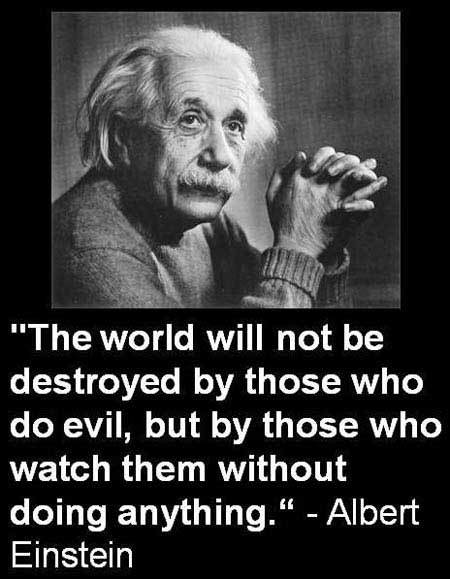 The ELECTORAL DECREE 2014 (DECREE NO. 11 OF 2014) is finally out, suggesting that voting will be a nightmare for voters.

There will be one national constituency to elect 50 parliamentarians in a proportional system, based on “Open Lists” (another article on that).

Even before the Decree was issued, Bainimarama stated on his campaign trail that voters will choose from 250 candidates from five political parties (presumably with each party putting forward 50 candidates).

But the Schedule at the end of the Electoral Decree 2014 indicates the possibility of 280 candidates (presumably also allowing for 30 Independents).

The Decree expects that the voter will face one massive ballot paper, with 280 squares, with each square having a number, name of candidate and photo (the  Decree says nothing about a party symbol to go with the candidate).

The numbers, between 135 and 414,  will be randomly allocated to the candidates.

In the polling booth, the voter will have to locate his/her preferred candidate, and circle, tick or cross the one square, out of these 280 squares.

Go to the following link for full details:
http://narseyonfiji.wordpress.com/2014/03/30/bainimarama-regime-presents-fijis-electoral-nightmare-professor-wadan-narsey-30-march-2014/ 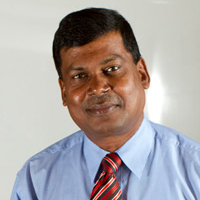 The new leader of the National Federation Party, Dr. Biman Prasad said they will reduce the VAT from 15% to 10% if the Party comes into power.
Prasad who is the University of the South Pacific’s former Professor of Economics was unanimously elected as the leader during the Party’s Annual General Meeting and Convention in Nadi yesterday.
Prasad said the NFP will call for a review of the management structure of the Fiji National Provident Fund and ask for more representation on the board by workers representative.
While speaking infront of around 600 people, Prasad said the NFP will also abolish all decrees including the Essential National Industries Decree which is restricting the rights of workers in the country.
He said they will allow unions to operate in the spirit of dialogue and consultation with the employers.
He said they will revise minimum wages based on different sectors and make the wages council work more efficiently and effectively.
Prasad has welcomed the new RFMF Commander, Brigadier General Mosese Tikoitoga’s assurance that the military will be apolitical, will stay neutral in the upcoming elections and respect the results.
Speaking about education, Prasad said they do not have a quarrel with government’s major priority for education and have commended it.
He said the NFP will maintain giving school grants.
However, Prasad said in the rush some government policies on education are confusing.
Prasad said this includes the removal of exams, new adjustment methods and new curriculums.
He said they appreciate and understand government’s attempts to provide scholarships and loans for poor students to qualify for higher studies.
However, Prasad said they will review the structure of Tertiary Education Loan Scheme and its secretariat while maintaining the goal of providing scholarships to all students.
He said the NFP will keep the scheme for the 600 highest mark scorers in form 7, however they will introduce a new scholarship scheme for those students who do not make the cut in the 600, which will ensure that students from very poor families will get full scholarship and will not be forced to take a loan.
Meanwhile, Suva lawyer, Tupou Draunidalo has been elected NFP’s new President while Kamal Iyer has been elected as new the General Secretary.

Check out the benefits of dark chocolate and add a little joy to your life.

Silence is not golden; it leads to rumours and conjecture.

The Attorney General (who is undoubtedly the most powerful individual in Fiji ) has chosen to draw the normal veil of secrecy over anything that goes wrong in one of his Ministry’s, and so the rumours start.

He is the current Minister responsible for all public owned organisations that have an obligation to investigate and report on the landing in Sydney resulting in the damage and subsequent events and actions relating to the Fiji Airways Airbus A330-200 registration DQ-FJV.

The three organisations involved Fiji Airways, Civil Aviation Authority Fiji and Airports Fiji Ltd, all report to the Attorney General and are under his control.

Now is the time for the Prime Minister to place the Civil Aviation Authority Fiji under the control of the Minister for Transport, and place Airports Fiji Ltd. and Fiji Airways under other ministers.

The Prime Minister is ultimately responsible for the total lack of transparency in this and other matters, it is because he gave so much power and responsibility to one person there are no longer any checks and balances.

Matters as serious as this Fiji Airways Airbus A330-200 incident should not be swept under the carpet.

A Fiji Airways Airbus A330-200, registration DQ-FJV performing flight FJ-911 from Nadi (Fiji) to Sydney,NS (Australia), landed on Sydney’s runway 34L on schedule at about 12:05L (01:05Z) but touched down hard producing about +2.9G vertical acceleration. The aircraft rolled out without further incident and taxied to the apron.

The aircraft departed Sydney one hour behind schedule for its return flight FJ-910 and reached Nadi without further incident.

Fiji Airways Nadi Staff are to be congratulated for their diligent check of the landing gear, something Sydney technical staff failed to do it seems.

Questions are being asked if the pilots involved reported this and if so why was the aircraft allowed to take off again from Sydney, the damaged landing gear could have collapsed on the aircrafts arrival at Nadi, causing catastrophic damage and loss of life… What has the verbose Minister responsible got to say about this ???.

Also are the pilots involved being stood down until undertaking further training and competency tests.

Did the airline alert Emergency Services and have them on standby at Nadi International Airport for the aircrafts return, if not why not ?

FINALLY  ON 27TH MARCH 30 HOURS AFTER WE PRINTED THIS AND 9 DAYS AFTER THE EVENT, THE FIJI GOVERNMENT HAS PERMITTED THE FIJI PRESS TO PUBLISH SOME DETAILS OF THIS INCIDENT..THIS SERVES AS TRANSPARENCY IN FIJI. REMEMBER THIS WHEN YOU VOTE 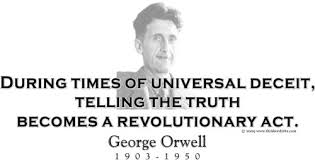 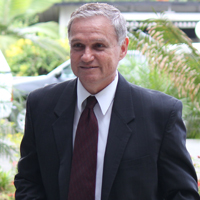 The target of reaching 150,000 of Fiji’s un-banked population by 2014 has been achieved by the Reserve Bank of Fiji.

Speaking yesterday at the 12th AFI Pacific Islands Working Group Reserve Bank of Fiji Governor Barry Whiteside says that as of the 28th of last month the target set in 2009 was achieved.

Whiteside says this success is only a great platform from which the next phase of development will be charted for financial inclusion in Fiji.

Does anyone remember the Fiji Post office Savings Scheme ?. That was so successful the money was used to help fund the National Bank of Fiji, which was ripped off by a number of individuals who are still looking to make a quick buck today. The NBF was also described as the peoples bank, they just did not say which people.