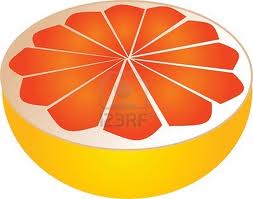 The risks of eating a grapefruit with certain prescription drugs are greater than previously thought, scientists warn.

It was known that grapefruit can cause adverse reactions when combined with certain drugs, but now doctors say the risks are greater than previously thought.

The fruit can cause death, acute kidney failure, respiratory failure, gastrointestinal bleeding, bone marrow suppression in immunocompromised people, renal toxicity and other serious side effects because of its interactions with drugs.

There are more than 85 drugs that may interact with grapefruit, and 43 can have serious side effects.

The reaction occurs because an active ingredient in the fruit – furanocoumarins – inhibit an activating enzyme in the body. This can lead to the effect of multiple ‘doses’ of the drug being received with a single dose.

The drugs include certain statins, immuno-suppressants and anti-histamines.

Canadian scientists who discovered the interactions more than 20 years ago, looked at the latest research to help doctors better understand the serious effects the common food can have when consumed with certain prescription drugs .

Dr David Bailey said: “Many of the drugs that interact with grapefruit are highly prescribed and are essential for the treatment of important or common medical conditions.

“Recently, however, a disturbing trend has been seen. Between 2008 and 2012, the number of medications with the potential to interact with grapefruit and cause serious adverse effects…has increased from 17 to 43, representing an average rate of increase exceeding 6 drugs per year.

This increase is a result of the introduction of new chemical entities and formulations.

Unless health care professionals are aware of the possibility that the adverse event they are seeing might have an origin in the recent addition of grapefruit to the patient’s diet, it is very unlikely that they will investigate it.

“In addition, the patient may not volunteer this information. Thus, we contend that there remains a lack of knowledge about this interaction in the general healthcare community.”

These chemicals are innate to the fruit and cause the interaction by irreversible inhibition of the drug metabolizing CYP3A4 enzyme that normally inactivates the effects of an estimated 50% of all medication.

Drugs that interact with these chemicals have three characteristics: they are administered orally, they have very low to intermediate bioavailability – percentage of the oral dose of drug absorbed into the blood circulation unchanged – and they undergo drug metabolism in the gastrointestinal tract by CYP3A4.

For drugs with very low bioavailability, ingestion of a single normal amount of grapefruit can be analogous to consuming multiple doses of the drug alone.

This interaction can occur even if grapefruit is consumed many hours before taking the medication. This means that a modest solitary quantity of grapefruit can affect interacting drugs that are taken once a day at any time during the dosing interval.

Frequent daily consumption of a regular amount can further augment the effect. For example, simvastatin, a commonly used statin, combined with a 200-mL glass of grapefruit juice once a day for 3 days, produced a 330% systemic concentration of the drug compared with water.

People older than 45 years are the prime purchasers of grapefruit and receive the most prescriptions for drugs.

Because of the size of this population, substantial exposure to this interaction is likely. As well, older adults can have decreased ability to tolerate excessive systemic drug concentrations. Consequently, older people are especially vulnerable to these interactions.

Dr Bailey said: “The current trend of increasing numbers of newly marketed grapefruit-affected drugs possessing substantial adverse clinical effects necessitates an understanding of this interaction and the application of this knowledge for the safe and effective use of drugs in general practice.”

The findings are published in the Canadian Medical Association Journal.

1 thought on “The risks of eating a grapefruit”