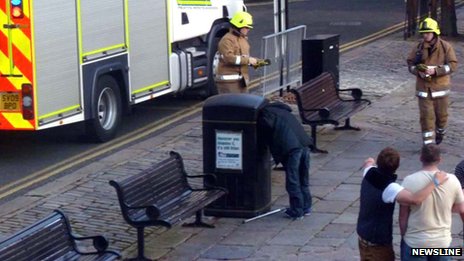 Firefighters were called out to rescue a man whose head was stuck in a public litter bin in Aberdeen Scotland.

It is not yet known how the man got into the predicament, which happened on the city’s Justice Street.

Emergency services were alerted to the man stuck with his head in the opening of the 4ft-high bin early on Sunday evening.

A spokesman for Grampian Fire and Rescue Service said the man was not injured.

He was taken to hospital for a check-up.